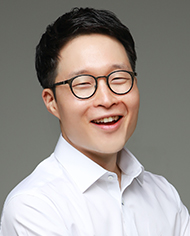 The Park lab invents tools that can extract and integrate diverse information from each cell in intact biological systems. Combining this integrative/holistic approach with state-of-art techniques of neuroscience, we aim to create multi-dimensional map of brain network to decipher hidden principles of brain network operation. We also aim to engineer brain network to develop novel therapeutics for brain diseases.

Brain function emerges from interaction among brain cells. Mapping interaction network of the brain is necessary to demystify brain functions whose mechanism is still largely unclear. Also, brain network mapping is supposed to enable highly specific targeting of brain cells, which can be translated into novel therapeutics for brain diseases. However, 3D mapping of the mammalian brain is challenging, not only because it is complex, but also because it is highly opaque.
Tissue clearing technique can make mammalian brain transparent. It reduces light scattering by removing lipids from tissues and adjusting their refractive indices. Tissue clearing techniques have allowed 3D visualization of brains and high-throughput quantification on brain cells. However, the information we can gather from cleared brains has been limited; chemicals used for tissue clearing are harsh, thus tissue clearing inevitably causes molecular degradation and structural deformation. Furthermore, it is challenging to acquire quantifiable 3D images from fine components of the neural network (e.g., neuronal fiber, synapse) throughout the cleared brains due to the limitation of optics. In summary, tissue clearing techniques could make mammalian brain transparent, but have been providing only limited information that is insufficient for brain network mapping.

Fig. 2. Neural network mapping using SHIELD. (a) 3D rendering of virus-labeled Parvalbumin+ neurons in Globus pallidus externa (GPe) with a reconstructed trace of one of the neuron. (b) Structural and molecular diagram of the trans-synaptic network of the reconstructed neuron. SHIELD has been published as a cover article in Nature Biotechnology (Park et al., 2019). Also, SHIELD is an easy technique to use; around 200 labs are using SHIELD for various research.

Molecular labeling techniques have been utilized to characterize cells in biological systems. Among various approaches for molecular labeling, immunolabeling has outstanding advantages. By visualizing the spatial distribution of proteins, which is the major functional substrate of biological systems, immunostaining can provide rich molecular, functional, and morphological details of cells, all of which is crucial information for brain network mapping. Also, immunostaining is applicable to tissues of broader species or storage conditions compared to other labeling techniques such as genetic labeling or mRNA labeling techniques.
Thus, 3D immunolabeling of intact cleared brains is a promising approach for brain network mapping. However, previous 3D immunostaining approaches based on passive incubation are slow, costly, and requiring experimental optimization because of large size (~150kD), high-price, and heterogeneity of antibodies, respectively.
eFLASH is a 3D tissue labeling technique that enables rapid, cost-effective, and universal immunostaining of large tissues (Yun et al., 2019). eFLASH achieves this by using rapid antibody transport with electrophoresis and the dynamic modulation of antibody binding with the concerted use of pH and a detergent, sodium deoxycholate (Fig. 3a). eFLASH is compatible with ~100 antibodies, and demonstrated its utility by enabling