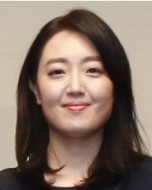 The Memory and Cognition Laboratory investigates human cognitive functions focusing on memory processes. The goal of our research is to elucidate the brain- wide mechanism of memory processes including learning, consolidation, retrieval, and reconsolidation, and apply the fundamental knowledge to the development of therapeutic interventions for memory-related mental disorders. For this, we pursue the following aims: 1) Elucidate neural representations of memory traces across the brain regions, compared to the representations during actual experience (or perception), 2) Determine reorganization of memory traces throughout consolidation and reconsolidation, 3) Develop models for decoding of individual memory traces based on the neural activity patterns, and 4) Develop effective interventions to treat disorders such as Post Traumatic Stress Disorder (PTSD) by manipulating target memory traces. We mainly use functional neuroimaging (fMRI) and brain stimulation (TMS) combined with behavioral approaches in human subjects.

Memory processes allow humans to store newly learned information and retrieve that information later. Then, how are the memory traces represented in the brain? How does the representation in the brain compare between memory retrieval and actual experience? Can we decode individual memory traces from the neural activity patterns? To address these questions, we combine functional neuroimaging (fMRI) with behavioral approaches. The neural response patterns are also be used to decode visual or semantic information during learning and memory processes. 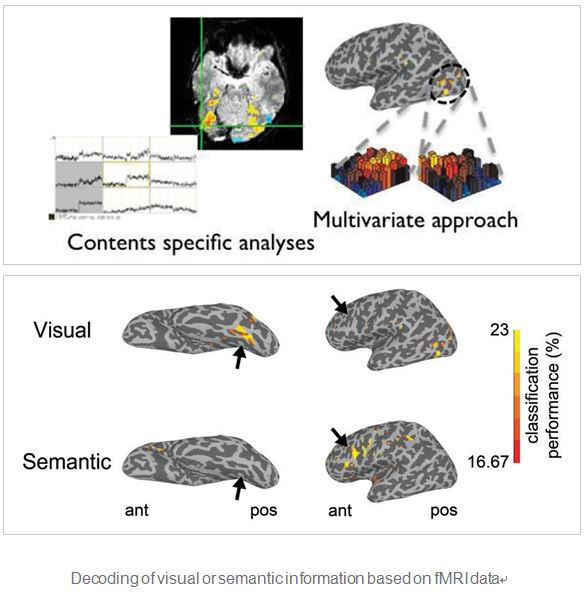 Decoding of visual or semantic information based on fMRI data

Perception and retrieval of emotional contexts are essential for human survival in the real world. For example, retrieval of scenes with negative emotions allows us to predict and deal with harmful situations. Prior studies suggest that emotional context during the initial experience of an event influences the processes of attention, memory encoding and the early stages of consolidation. Then, how are emotional contexts represented in the brain compared to neutral ones during perception and retrieval? To address this, we perform event-related fMRI experiments using emotional and neutral scene images.

The ability to associate items is critical for explicit memory processes. Memory models have proposed that the hippocampus plays a critical role in binding together the diverse elements of a memory, allowing holistic recollection of all elements. To investigate how the presented cue and the linked elements of a memory are represented in the cortical areas as well as the hippocampus, we conduct an event-related fMRI experiment with a simple object association task.

Newly developed memories become stable through a consolidation process, during which the memory is in a labile or malleable state. Accumulated evidence demonstrates that even after this initial consolidation, stable memories also become labile again immediately following memory retrieval, requiring reconsolidation. Understanding this state is thought to hold great hope for providing a way to manipulate memories. We especially focus on determining the optimal condition for memory reconsolidation or reorganization, and developing efficient methods for manipulating target memory traces.

Emotional context during the initial experience of an event influences the processes of memory encoding and the early stages of consolidation. We investigate how negative emotion affects multiple memory processes. Especially, we focus on how emotional events or faces are represented in the cortical areas during retrieval compared to neutral stimuli. Furthermore, we develop therapeutic interventions for mental disorders such as PTSD, by providing tools for selective removing of negative emotion from traumatic memory.